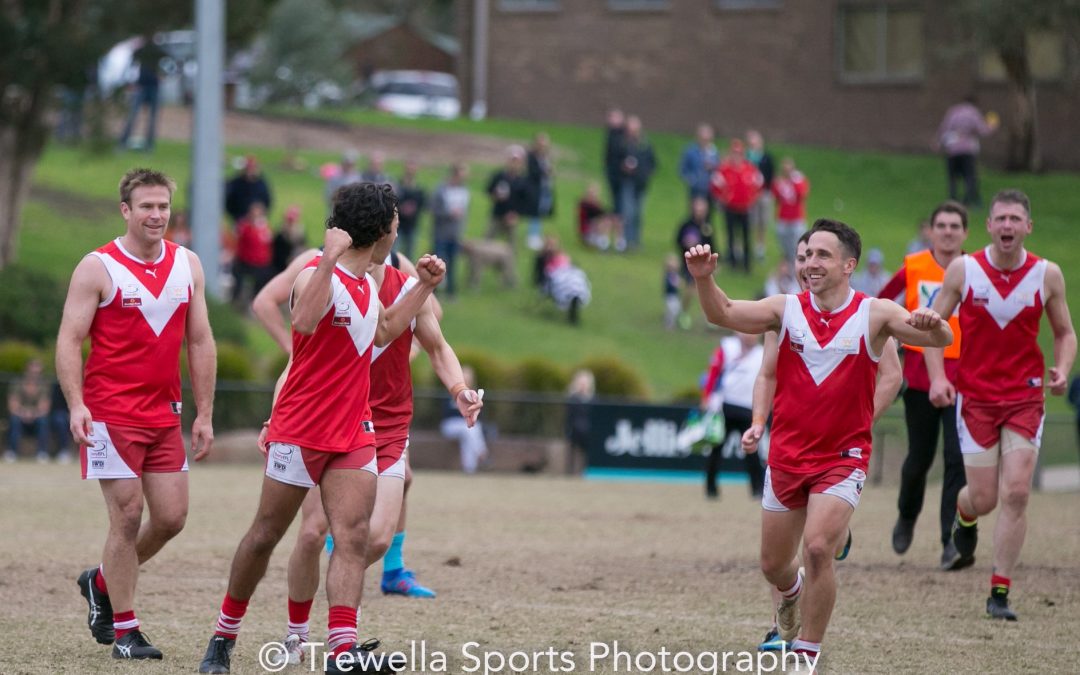 The Bloods enjoyed a great night at the Box Hill Pavilion on Friday night, with our 2019 presentation night. With over 160 in attendance the club paid tribute to not only the players who stood out this season, but the volunteers, committee, supporters, coaches and last but not least – the partners who allow them to dedicate so much time to the club.

The club started off with Peter Hookey announcing that both Anthony “Macca” McGregor & Luke Parker would continue in 2020 as Senior Coach and Assistant Coach respectively.

The Under 19’s has a fantastic season, and only faulted slightly in the Grand Final which left a sour taste in the mouths of the playing group. Regardless of this, coach David Smith as well as the rest of the club congratulated the boys on an amazing season in 2019.

The reserves had an inconsistent season, with all of the highs and lows that you would expect from reserves football. It was great to see a changing of the guard with a slew of young players featuring in the awards, holding us in good stead for next season.

Congratulations to all of the winners, but also to everyone who was a part of our 2019 season. We will be back bigger and better than ever, as we all know – we have “unfinished business“.